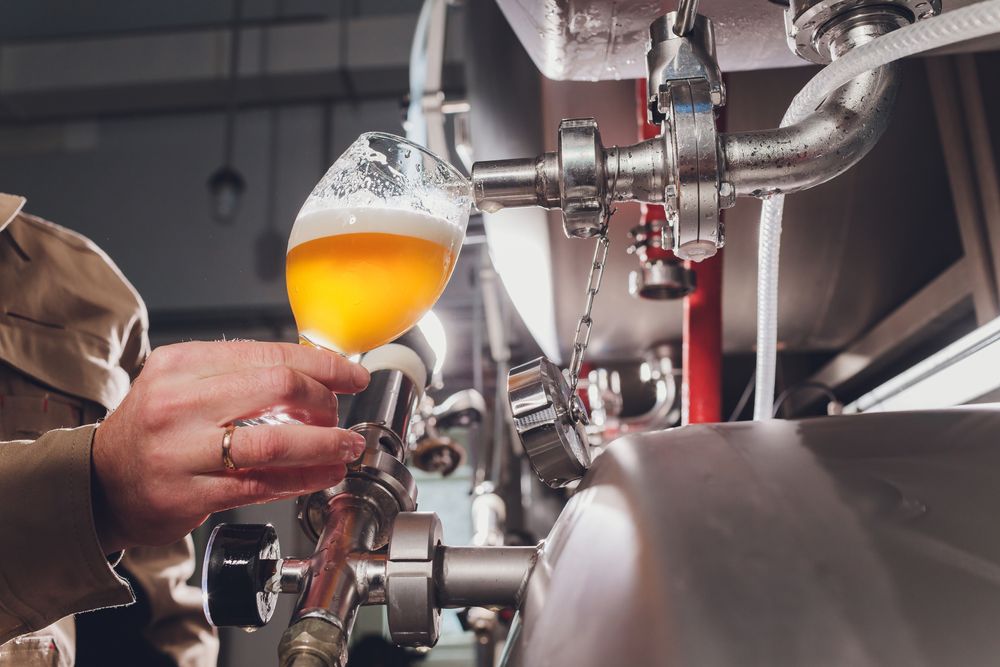 Imagine heading home from work and being caught in an unexpected traffic jam. Looking around, you notice a ton of people all converging on a single location about a hundred yards away. You get out to investigate. It doesn’t take long for you to find the source of the problem: the huge food-grade tank dispensing 23,000 pints of fresh beer.

If this sounds too good to be true, think again. Beer lovers throughout the UK are once again enjoying the Tank Party Tour complements off Camden Town Brewery. This is the second year of the tour, which seeks to bring the brewery’s much-loved beers directly to fans by way of street parties.

Straight From the Tank

If you are lucky enough to attend the Tank Party Tour, you will get to enjoy fresh beer poured straight from the tank. It has never been in a bottle or can. It hasn’t been forced into a pressurized keg. According to the brewery, this makes the beer as fresh as it can be.

As for the tank itself, it is a stainless steel behemoth capable of serving a lot of people a lot of beer. Stainless steel is the ideal material for a food-grade tank of this type, according to CedarStoneIndustry out of Houston, TX. Stainless steel is easy to sanitize and durable enough to withstand the punishment of transporting a nearly 3,000-gallon tank from city to city.

For Camden Town Brewery, the Tank Party Tour is about taking their beer to the people who enjoy it most. It is about putting on street parties that get people out of their houses and back into the communities in which they live. The street parties are much-needed diversion from the bad news of COVID, the Ukraine war, and so forth.

Camden Town Brewery deserves a lot of credit for conducting the Tank Party Tour for a second year. They undoubtedly made money on the deal in 2021, but they also put a lot of effort into pulling it off. An event of this nature represents no easy task.

First off, they need to produce all the beer to fill their huge tank – all the while continuing to maintain normal production levels. Then they need to develop a logistics plan to get that tank where it needs to go. They need to work with local vendors who will support the street parties with food, entertainment, etc.

There is a lot of coordination that goes into something like this. Entire cities spend the better part of a year planning similar events that go for one weekend. Camden will be pulling off the same feat in multiple cities across the UK through early September 2022.

A Tradition in the Making

If the 2022 tour does as well as it did in 2021, Camden could be looking at a tradition in the making. Who knows? A decade from now, the Tank Party Tour could be as culturally important to the UK as Oktoberfest is to Germany.

In fairness, it would take a long time for the Tour to equal Oktoberfest in terms of the sheer amount of beer produced and consumed. But hey, it is something to shoot for. The tour has proved itself popular thus far. There is no reason to suspect it’s going to fail any time soon.

If you live in the UK and want to try fresh beer right out of the tank, check out the Camden Tank Party Tour. If not this, then next year. It could very well be unlike any other street party.