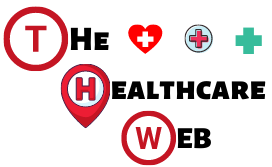 The world’s biggest online retailer shocked the world in early June 2021 by announcing a change of mind regarding cannabis testing and legalization. Amazon now supports federal legislation to legalize marijuana. They have also decided to stop testing for marijuana use among the majority of their workers. Now what? Where does that leave the rest of us?

For the record, Amazon is headquartered in a city that has fully embraced cannabis – at least legally – for the better part of eight years. Many people were surprised by the company’s recent announcement because they thought Amazon management was already open to cannabis. But apparently, they were not.

The fact that they now support legalization and are changing their testing policies has important implications to a lot of people. Amazon’s influence could impact everything from the weed dispensary to the doctor’s office.

An End to Marijuana Testing

Up until the announcement, Amazon included marijuana in its regular drug tests. The announcement detailing their change of heart implied that the company often terminated employees who tested positive for cannabis. That will no longer be the case for all but one group of employees whose work is governed by federal law.

That group consists of drivers whose routes take them across state lines. At issue here is the fact that interstate drivers are regulated by the Department of Transportation. DOT regulations prohibit marijuana use among drivers for safety reasons. Moreover, marijuana is still illegal in Washington’s eyes. It is still a Schedule I controlled substance.

Getting back to the rest of Amazon’s employees, they will no longer be tested for marijuana. Instead, the company will treat cannabis use the same way it treats alcohol consumption. Supervisors will continue to monitor for any signs of impairment on the job. Impaired employees will be disciplined according to company policies. Where there is no impairment, management will have no need to know that an employee uses cannabis.

Moving beyond employee testing leads us to Amazon’s sudden support for federal decriminalization. The company announcement seems to imply that Amazon’s change of mind is a direct result of so many states adopting both medical and adult use cannabis. In a nutshell, Amazon is willing to get on board because everyone else is doing it.

The interesting thing about federal decriminalization is the fear that thoughts of it becoming reality instills in local weed dispensaries from coast to coast. It is a lot like the fear expressed by liquor store owners when Amazon purchased Whole Foods. Those store owners were convinced that Amazon would put them out of business by undercutting them in price and offering immediate delivery.

Liquor store fears never materialized. Similar fears about Amazon getting involved in the cannabis business probably won’t be realized, either. According to Utahmarijuana.org, it all boils down to state regulations. They will keep Bezos and company at bay.

Let us assume that Washington does decriminalize marijuana in the near future. So what? The states are not about to give up regulatory control. They will regulate cannabis just as they now regulate alcohol. Ongoing regulation is what will keep Amazon out of the cannabis business. It is what has kept them out of the alcohol business.

The biggest impact of Amazon’s change of heart on federal decriminalization is its ability to affect legislative change. Should they choose to put their lobbying muscle behind decriminalization efforts, it could go a long way toward getting a bill to President Biden’s desk. That could turn out to be even more important than the company changing its drug testing policies.